Over the past few months, there has been a lack of Kingdom Hearts news, which has worried fans if the Kingdom Hearts games were going to be delayed just like Final Fantasy XIII, which has been pushed back to April 2010 supposedly. But yes, there is a confirmed release date of Kingdom Hearts 358 2 Days for the Japanese consumer, May 30th 2009. We are led to believe that Kingdom Hearts 358 2 Days will cure our cravings for our favourite franchise in gaming at August or September 2009. We have further backing to this theory from Gamestop, who have started to do preorders for 358 2 Days and they have stated on their website that the game could be released on 31st August 2009, selling for $39.99. Here’s the link

In other news, Square has uploaded a new video (worth 41 seconds) onto the official website for the upcoming game and this has been posted onto youtube too and here is a video that was posted on March 5th 2009.

Also, Nintendo have revealed their new portable system, the Nintendo DSi, which includes two cameras, a wii channel style system and an enhanced screen. But what has this got to do with Kingdom Hearts? Well, just like Square-Enix did with the Game Boy Advance and Kingdom Hearts Chain of Memories; they are making a new bundle set that comes with a Nintendo DSi with a customized skin as shown below and a copy of the Kingdom Hearts 358 2 Days game. 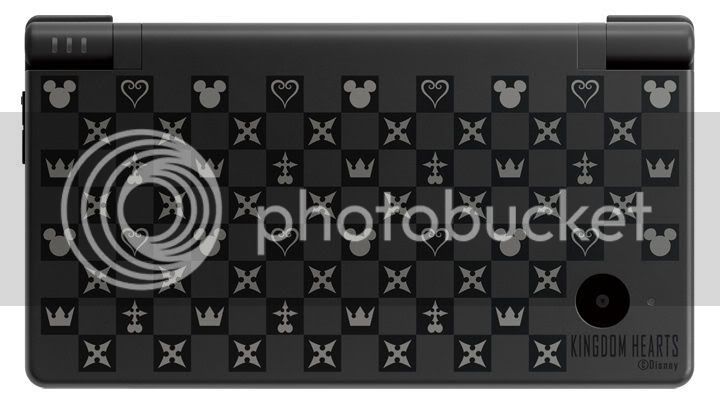 We will keep you posted on the Kingdom Hearts news to come.