Square Enix teases an extended Big Hero 6 trailer and reveals the official Kingdom Hearts 3 cover art plastered with some of the series most iconic heroes designed by the Kingdom Hearts director himself, Tetsuya Nomura. In the trailer, we see more of San Fransokyo gameplay and a new group joining Big Hero 6, the Keyblade Hero 3 consisting of Sora, Donald, and Goofy. We also have a good idea of who the 13 darknesses (Xehanort’s incarnations) are, although there seems to be more than expected: 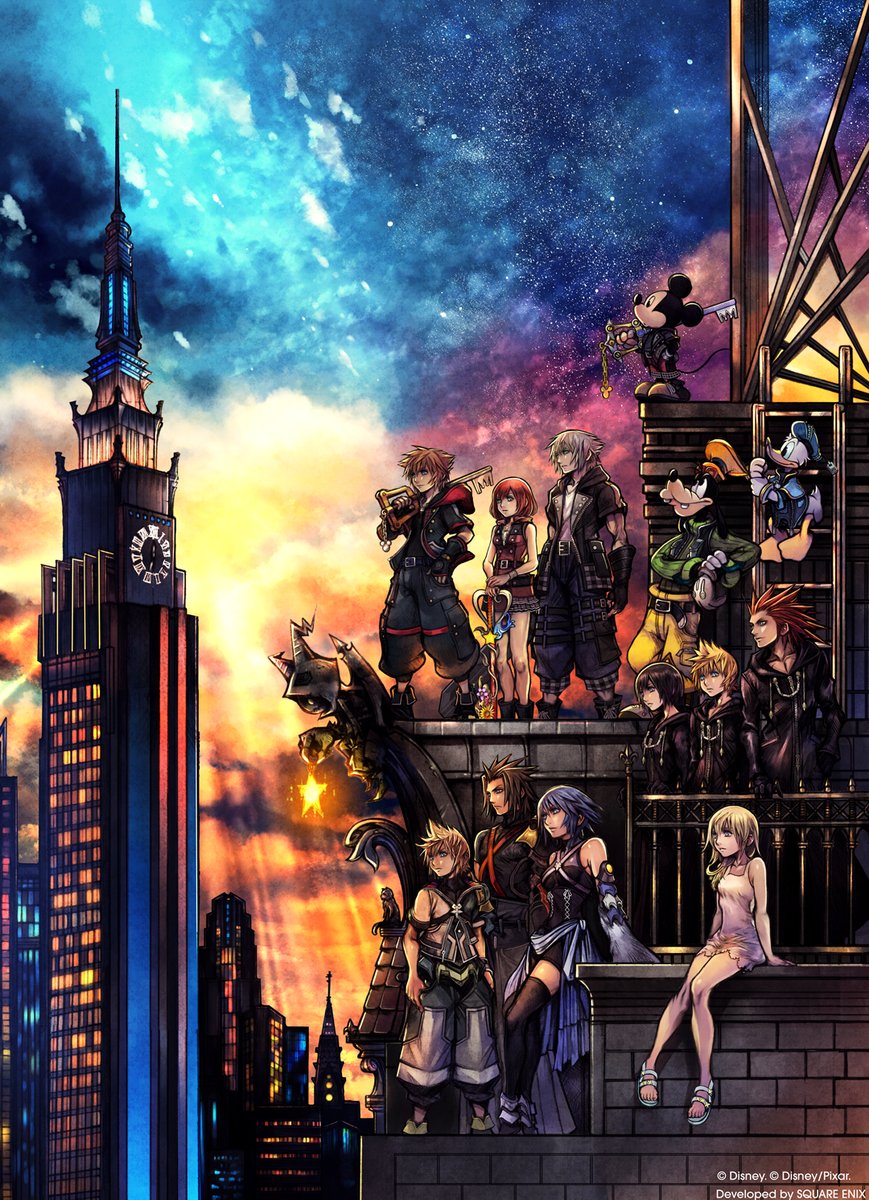