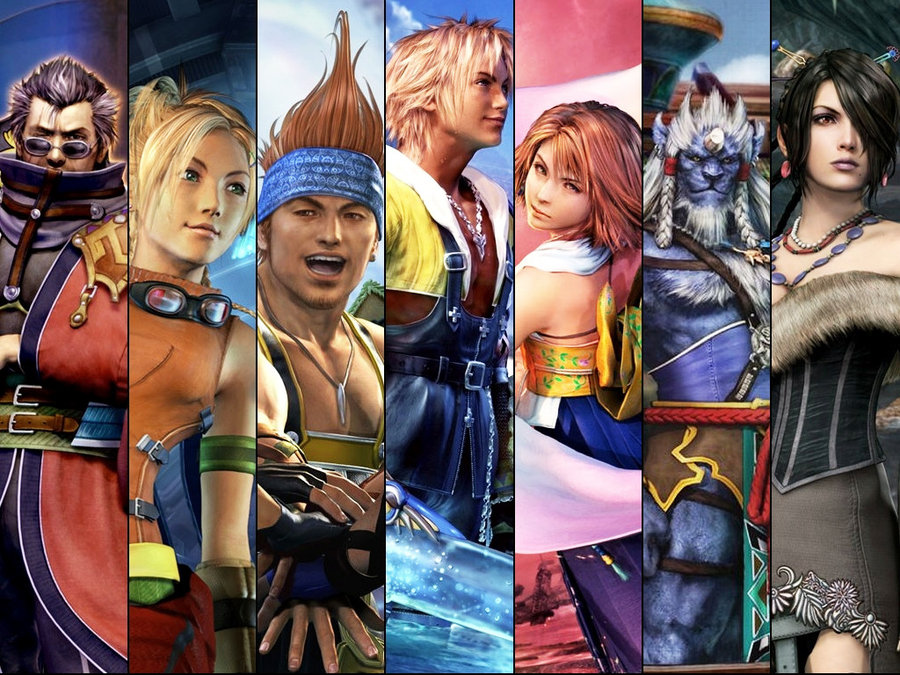 It’s the 20th anniversary of one of the most beloved Final Fantasy installment ever, Final Fantasy X. It’s time to look back on some of the best parts of the game, its characters, and 5 of the best trios to have in order to dominate against the fiends!

If you’re not too spell orientated in your attacks, here’s a good team to have: Captain Wakka’s long range attacks to take care of those annoying flying enemies, everyone’s favorite Ronso, Kimahri’s Lancet ability in order to copy the enemies’ abilities, and our local Al-Bhed Rikku’s Use command to get some cool new items to Mix together and create new attacks.

With our Boy of Blitzball Tidus taking care of those ground enemies with his Brotherhood sword, the Black Mage Lulu and her arsenal of spells, and the High Summoner Yuna coming in clutch with the cures and summoning. This team does a bang-up job.

The strong and mysterious Auron with his heavy hitting attack and magic breaks that destroy fiends’ armor, Lulu casting haste, slow, and more to turn the tides of battles, and Yuna backing them up with some white mage abilities. This team has a great mix of offensive abilities.

This team isn’t only the first team you start off with, but it’s one of the best ones you can work with! Tidus taking care of the of the hardest hitting enemies, Wakka utterly destroying those air enemies using his elemental Slots overdrive, and Lulu taking care of any elemental fiend that comes their way. This team means business, and is always reliable

And in my personal opinion, the best (and my most favorite) team to have in the game. Tidus’s Swordplay overdrives are amazingly fun to do, strong, and beautiful to look at especially Blitz Ace. Auron backing up Tidus with the extra damage and his Bushido overdrive which is insanely cool. And Lulu’s Fury overdrive that brings a devastating barrage of spells upon the battlefields is a perfect recipe of destruction and beauty!

Final Fantasy X is a beautifully done game, not just because the story or characters, but because it allows you to fight your own way! It gives you the freedom that allows you to make your characters fight by using almost every ability another character can use. Check out the game and try it for yourself.