Here, I will be listing all Square Enix Games ranging from Kingdom Hearts, Final Fantasy, and Dragon Quest. Please, look over all the square enix games in order to get a full understanding. Now, let’s begin with the first game, Final Fantasy XIII. 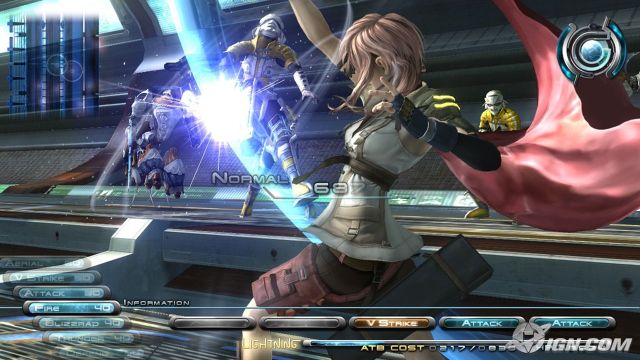 Ah, Final Fantasy. One of the best games ever made but the last outing from the Final Fantasy series was lacklustre. The combat system was a mess and most of the time, you didn’t know what was going on around you. This game was very unenjoyable for me. What are your opinions? Anyway, it seems that Final Fantasy XIII looks like it will be much better than Final Fantasy XII in terms of gameplay and from the trailers, it looks clean and exciting.

The cutscenes look beautiful and the game looks amazing. Also Final Fantasy XIII has had the creators of Kingdom Hearts work on it too so this game should be good, if not great. It comes out sometime 2009

Kingdom Hearts 358/2 days is the first game in the Kingdom Hearts franchise to appear onto DS. You play as Roxas, while he is working for Organization 13 and Sora is sleeping, getting his memories back, that were wiped away from Castle Oblivion. Your mission, as Roxas is to defeat the heartless in different areas such as Agrabah, Wonderland and Beast’s Castle. He gets help on his missions by the other Organization 13 members and the mysterious 14th member called Xion Also for the first time ever in Kingdom Hearts, you can play multiplayer with up to 4 players. You can play as any other of the Organization 13 members and see who gets the highest score in multiplayer missions.

The Dragon Quest series is remarkable in terms of gameplay and graphics. Dragon Quest 8, for the PS2 was the first game in the series shipped to America and Europe. It was critically acclaimed by the media for it’s fantastic battle system, graphics and lifespan. IGN rated the game 9/10 (Outstanding), Xplay highly recommended the game and gave it 5/5. Famitsu gave the game 39/40. That’s almost perfect! Please buy Dragon Quest 8, I can guarantee you won’t regret it in the slightest

Above shows you how the PS2 Version looked like.

Akira Toriyama, the lead manga artist of Dragonball influenced the beautiful graphics on Dragon Quest 8 and Koichi Sugiyama created the wonderful music for the game. Here’s the great main theme of Dragon Quest, while you’re roaming around the great landmasses of the game. The song’s called A Strange World-Marching Through the Fields

More info to come, including KH Birth By Sleep and Final Fantasy Dissidia both for PSP. If you make a preview on a Square game for my list of 2009 games or want to say what games you are looking forward to, feel free.

The views of these particular games are from Sorabrawl.

All games and franchises belong to their respective owners.