Square Enix mentioned Player vs Player content earlier this year at D23 Expo and now have finally delivered on their promise with PVP Mode (and PVE) in Kingdom Hearts Union X(Cross). The new game mode was released in the game’s v2.6.0 update containing additional features. The gameplay of the PVP mode is similar to story mode. There is a monthly ranking period in which the three Keyblades that players can use are pre-determined. You are limited to the number of times that you can play PVP mode but purchasing the Weekly Jewels Extravaganza will increases the number of tries. In the Coliseum, Players take turns attacking each other with their assortment of medals, equipping one Keyblade per round. The player who preforms the most damage after both players turns have ended, wins the round. The best 2 out of 3 rounds wins the match. Players also alternate who attacks first every round. Defeating your opponent, allows you to swap ranks with them. If you defeat an opponent with a lower rank. Ranks will not be swapped. Example: You (rank 1000) defeat your opponent (rank 500). You will become rank 500 and your opponent will become rank 1000. Battles will also have a 5 minute time limit. Exceeding this limit will result in a loss and rankings will not be affected. Of course, players will be awarded points based on their performance and top-ranking players will earn prizes based on total points. 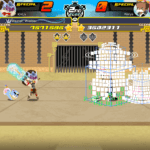 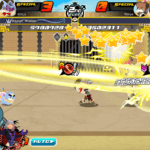 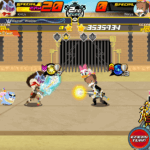 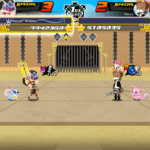 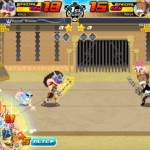 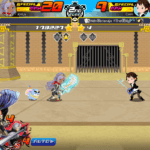 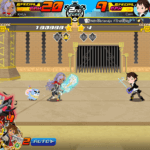 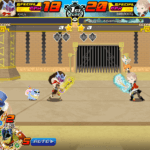 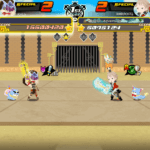 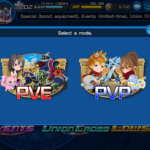