As I sit here on my bed waiting for Dissidia Final Fantasy NT to go live (or become so tired that I fall asleep), my mind has wandered to other instances in the franchise in which a countdown clock was used.  Now, normally I am a super patient person.  But in this instance, I just want to hurry up and play it.  I want to experience the story that I have been waiting so long for.  The open Beta demo was not enough to sate my appetite for more of this series.  And yet the countdown clock is not going any faster.  But, enough of that.  Let’s get back to countdown clocks.  And I won’t keep you in suspense too much.  So, continue reading so we can countdown… 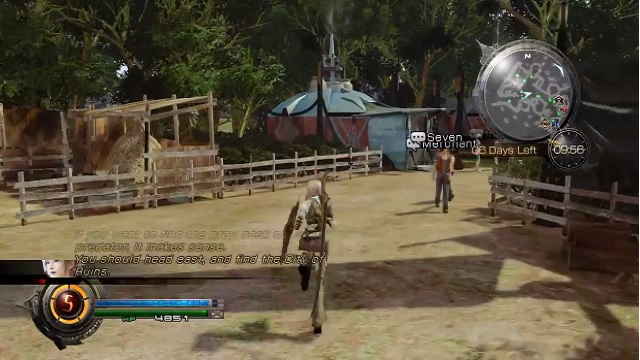 #5: All of Lightning Returns: Final Fantasy XIII.  Okay, so it isn’t a countdown clock per se, but the entire game is just one giant countdown clock.  Sure, you can pause the time for a bit to help get that mission you are working on completed before the day ends and you’re transported back to the Ark; but the whole time element is why I have not finished the game.  It makes me feel rushed.  I don’t want to rush when I play a RPG.  I want to experience everything at my pace, not at a pace chosen for me by the developers. 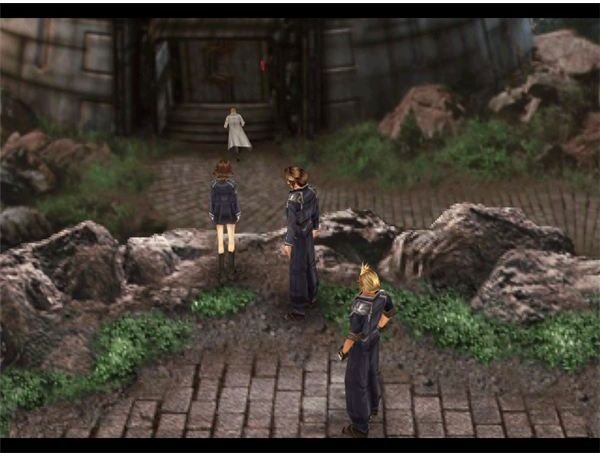 #4: SeeD Exam – Final Fantasy VIII.  You are Squall, a student taking the field test portion of your SeeD exam along with your classmates Zell and Seifer.  Selphie, a transfer student also taking the exam, comes up to your group and announces that the teams are to report back by a certain time.  A countdown clock appears.  Along the way, the opposing army sends out a gigantic robot to try and destroy the invading soldiers (you and your classmates).  Seifer hightails it out of there, leaving the three of you to fight this machine by yourselves.  You cast spells and hit it with your weapons enough to stall its motors, so you get the chance to run away.  But it gets back up and continues chasing you.  The trick here is that you can actually defeat it, but then you run the risk of not getting back in time, or worse, not getting a high score on your test.  Or, you could just run every time the robot catches up to you, but again, it may not be seen as a good thing to run from a fight.  You are being trained for future military use, after all. 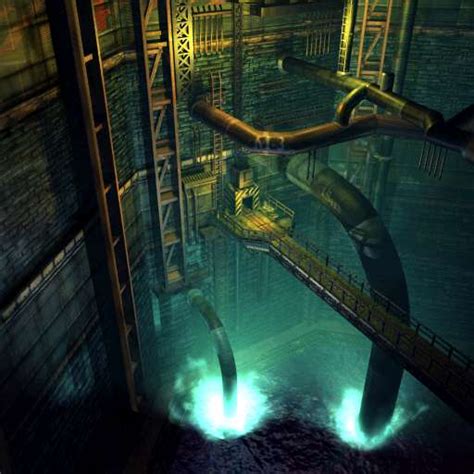 #3: Mako Reactor 8 – Final Fantasy VII.  This one has me in stitches every time I replay Final Fantasy VII.  You are Cloud Strife, and together with the gun-armed Barret Wallace, you set a bomb to destroy a Mako Reactor the Shinra Corporation is using to convert Mako into energy to power people’s homes, businesses, and their livelihoods.  The problem is, the countdown timer is set for an amount that is too far away!  The first time you play it, you are probably thinking, “Oh my goodness!  How am I going to get out before everything explodes!  Aaah!”  But don’t get stressed.  Because you are completely capable of getting out in time by walking, AND fighting any and/or all random encounters along the way to the exit.

#2: Desert Prison Escape – Final Fantasy VIII.  So you and your classmates are now prisoners, underground in a desert.  Your martial artist friend, Zell, has realized that he doesn’t use weapons (seriously, Zell, it took you that long to realize your fists were weapons?) and has helped you all escape your cells.  You traverse the cells, collecting your belongings and other items just laying around for the taking (that is another article just begging to be written).  And then, lo and behold, you find a self destruct mechanism for the prison under the sand.  But you are given a choice.  Do you set the countdown clock for a large amount of time, or perhaps a small amount?  Your team is in two groups at this point, and you can’t communicate with each other, so no one group knows what the other is doing.  But then the twist comes.  That giant robot I mentioned earlier is back.  And wait for it.  It turns out that the first group was inside the machine, and they were fighting the second group of people!  They couldn’t figure out the controls of the machine, and were attacking you by accident!

#1: Festival of the Hunt – Final Fantasy IX.  You are Zidane, a thief participating in the annual monster killing competition.  Competing as well are your traveling partner, Vivi, and Freya, and wandering woman in red clothes.  You each choose your prize ahead of time in the event that you end up winning, after all, the Festival committee takes no responsibility in any bodily injuries the participants may incur during the battles.  The countdown clock is set for 12 minutes.  You travel through each of the districts of Lindblum, dispatching the enemies you come across.  But then, the Zaghnol appears!  Freya is there fighting it.  Do you join in?  Only the person that gets the killing blow gets the points.  Do you let Freya win?  Her prize is a ring with some good latent abilities in it.  Do you go for the kill, and net you some more gil?  Or do you both somehow both lose to it, and let Vivi or one of the other contestants win the Hunt?

All in all, countdown clocks have been implemented in both good ways and some not as good ways.  But now I pass it off to you.  What are some of your favorite instances of countdown clocks in the Final Fantasy franchise?  Leave your answers in the comments section, or on our forum thread.  And hey, look at that!  The countdown clock for Dissidia Final Fantasy NT is that much closer to 0!  I hope to see you on the battlefield!