Locke Cole from Final Fantasy VI is officially available as the second character in Dissidia Final Fantasy NT Season Pass [Final Fantasy XII Vayne is the first Dissidia NT DLC] bringing a new fighting-style, new cut-scenes to the Story Mode, and new costumes and weapons. Locke can be a standalone purchase or bought with the Season Pass which includes 6 characters each with two additional skins and weapons. 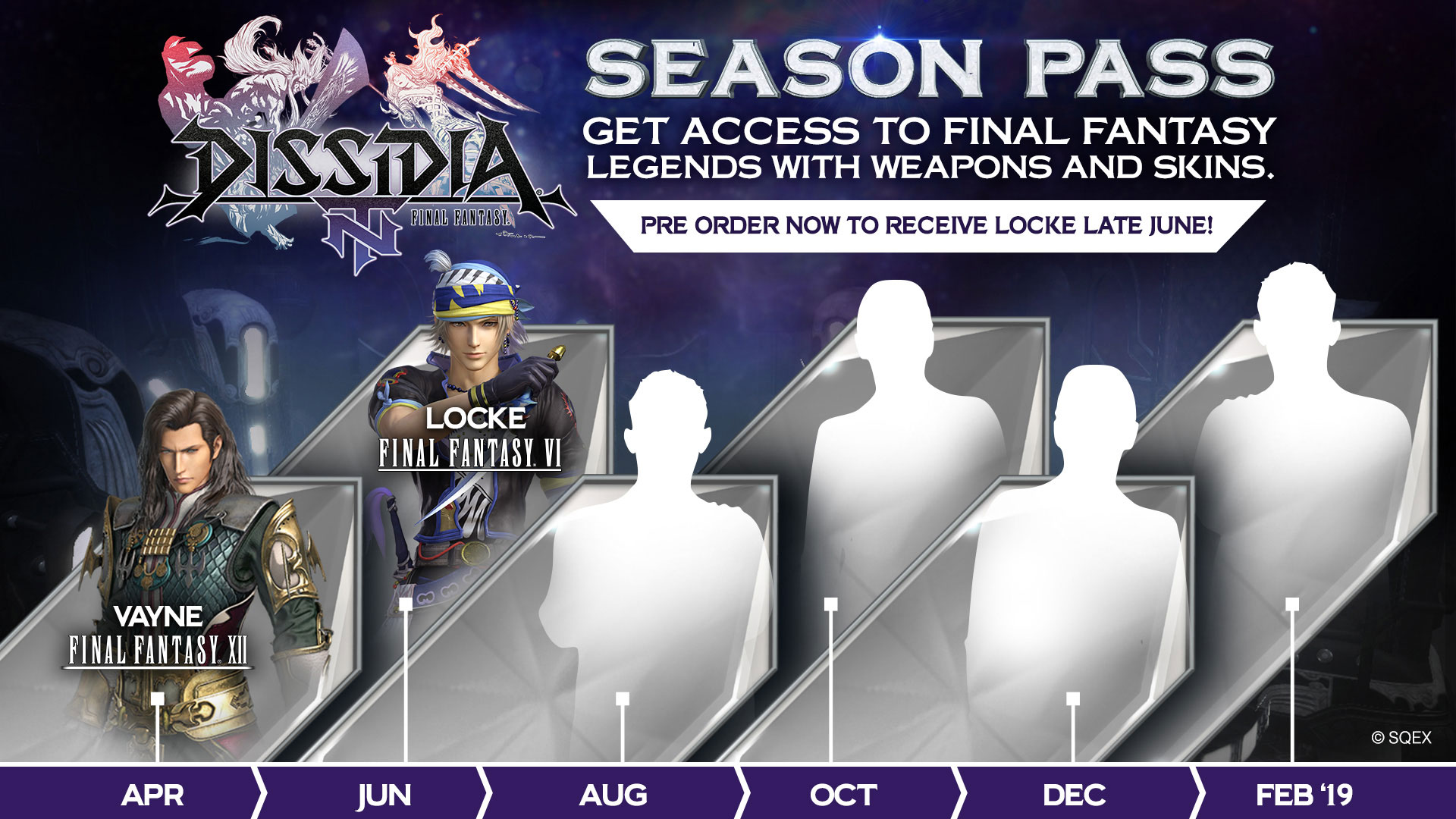 Locke specializes in stealth to surprise his enemies – when using his Steal command he can recover his health or bravery. When not targeted, he can also Mug unsuspecting enemies and unleash devastating attacks.